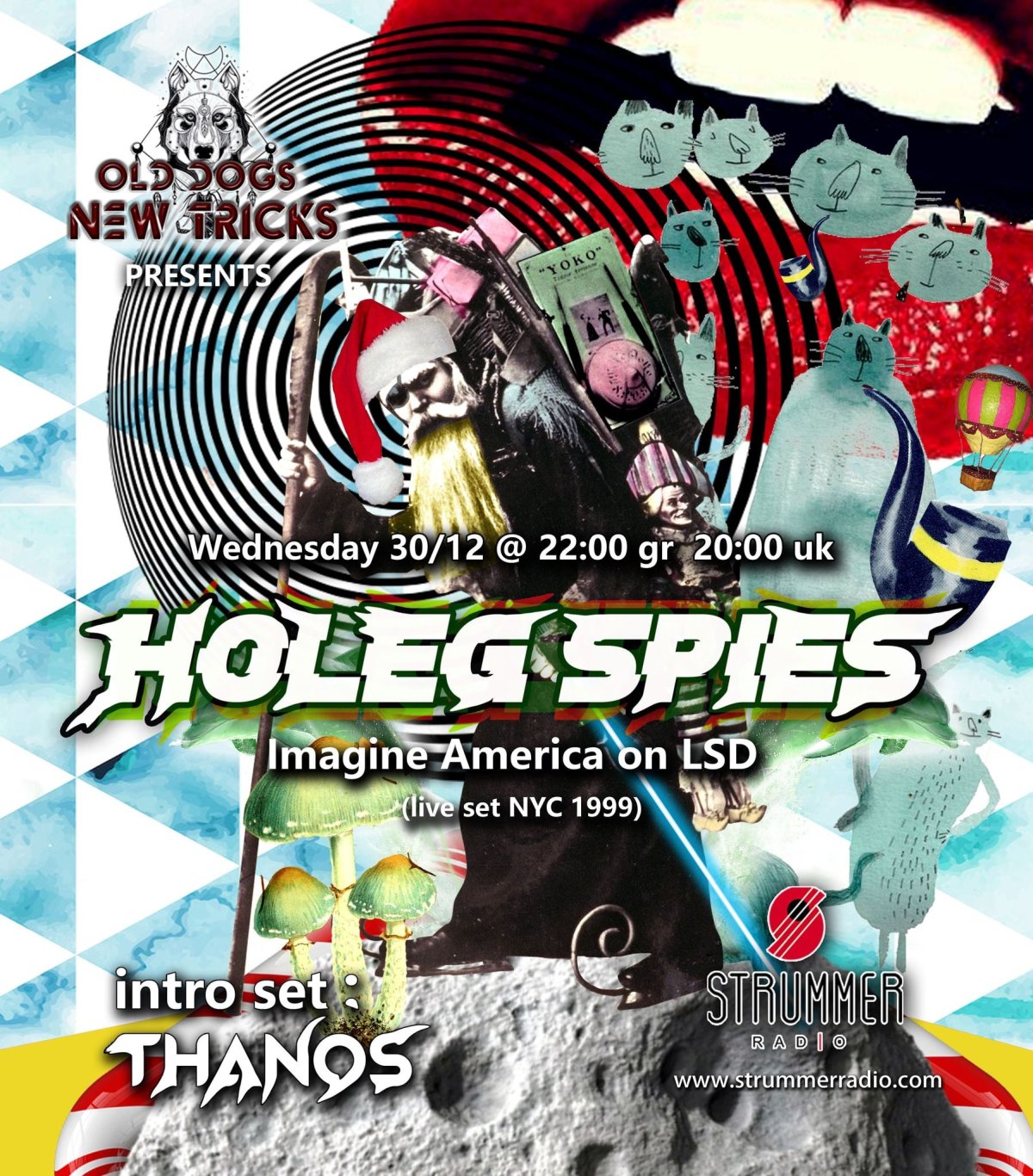 Holeg Spies was part of the very first generation that was won over by techno music in the 𝑒𝑎𝑟𝑙𝑦 90𝑠 at the time he was studying law in Paris. By 1994, having become one of the DJs hosting the fast-multiplying, sometimes gleefully illegal raves of the time, 𝑯𝒐𝒍𝒆𝒈 and 𝑱𝒆𝒇𝒇 𝑴𝒊𝒍𝒍𝒔 joined the French DJ booking pioneer 𝑶𝒖𝒕𝒔𝒐𝒐𝒏, and flew off to India for the first official tour of electronic music there. Not just a trip, but an adventure. And it was followed by many more.

First there was the music production adventure, managing a division of the trailblazing techno music label 𝑶𝒎𝒏𝒊𝒔𝒐𝒏𝒖𝒔 (𝐵𝑀𝐺/𝑃𝑜𝑙𝑦𝑔𝑟𝑎𝑚), but especially composing his own music.

In 1996, the 𝑺𝒑𝒊𝒆𝒔 project introduced the intermixing of musical genres that Holeg is still pursuing today. These unshackled works escape all classification, getting lost in the confines of electronic, industrial rock, symphonic and psychedelic music. Spies will morph through different versions throughout the 2000s and even move into avant-garde audiovisual creations, exhibited not just in the Paris Pompidou Centre, but also in Tokyo, New York and Geneva. This would be Holeg’s first brush with the world of film that would become so important to him.

The first 𝑺𝒂𝒗𝒂𝒈𝒆 & 𝑺𝒑𝒊𝒆𝒔 soundtrack had a lasting impact. In 2009, a mysterious Dutch filmmaker, 𝑻𝒐𝒎 𝑺𝒊𝒙, contacted them to compose the music for his film. The film is called 𝑻𝒉𝒆 𝑯𝒖𝒎𝒂𝒏 𝑪𝒆𝒏𝒕𝒊𝒑𝒆𝒅𝒆, and the concept behind its horror is so macabre that it instantly became a cult classic. Building on this success, Savage & Spies carried on from one production to the next.

After 5 albums, dozens of EPs and multiple film scores, it took two more trips to the far corners of the world, one to Arizona with the Hopi Indians and the other with the nomads of the Mongolian steppes, for Holeg to create his new opus in 2019, 𝑨𝒙𝒊𝒔 𝑴𝒖𝒏𝒅𝒊: a powerful musical collection in the form of an invitation to an amazing “trip” where he combines all his influences.