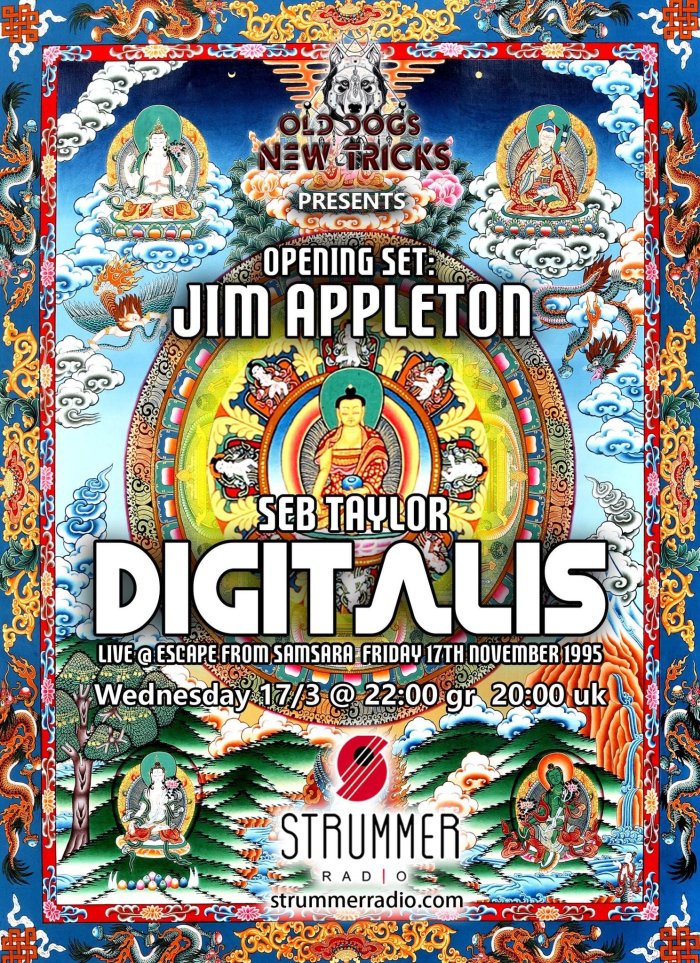 Seb Taylor: Don’t give up, and do it for the love of the music itself, not the supposed ‘rewards’

He seriously hooked on the music when a school friend of him passed him a cassette tape full of some of his favorite tunes (Dio, W.A.S.P., Motorhead, and some other bands). He started copying the motorhead bassline from ‘Ace of Spades’ with his mother's old nylon string guitar. After getting his first electric guitar he started to record down to cassette tapes some attempts at playing Metallica’s “Sanatorium”, The Sex Pistols “Anarchy In The UK” & Kind Diamonds “Am I Evil”.

He started a Death Metal band with a couple of school friends and after a year or so they had their first gig at a local rock competition. He used to write pretty much all the music in the band and has always had a very clear focused sense of the music he wanted to compose.

It was when he moved to London in 1991 and saw a couple of the house mates (Jim Clews & Alan Sanford) writing amazing techno in the basement of the house with a couple of computers, samplers and a huge load of amazing analogue synthesizers. That was such a pivotal turning point for him, and he set all his energy on getting together enough knowledge and equipment to be able to compose and produce independently.

Digitalis came about when he was at College in Salford & Birmingham around 1993. A fellow student, John Whitehead, heard the music he was making and asked for a cassette of it. He played it to a friend of his called Andy Guthrie, who really liked it and played it to a local Goa Trance event called “Spacehopper”. At that time Seb didn’t even know what “Goa Trance” meant, but the club owner Tom loved it and asked if he would play at the event and the rest as they say is history.

Small gigs in Birmingham led to him meeting people like Sid Shanti, James Monro, Tsuyoshi Suzuki, ManMadeMan, Tristan, Psi Wilde & many other pioneers of the Trance scene. As Seb said during an interview some years ago, many of his first record releases and subsequent gig bookings would be as a direct result of those meetings.

He released the first Shakta track “Lepton Head pt III” on Sid Shanti & Choci’s Celtic Label in 1996. 25 years later he's still playing that very first tune -in many cases to new fans who were not even born when he wrote it.

His first official label deal was in 1997 with Big Life/Dragonfly Records. It was Sid Shanti who played his music to Dragonfly & that resulted in his 4 album deal.

While he was performing as Shakta at Return To The Source festival in Mexico (2000) he met Irina Mikhailova. Irina was singing some vocals during the Medicine Drum sound-check and it was reminiscent of one of Seb's favourite vocalists Martya Sebastian. He introduced myself and expressed an interest in working together. A few years later, on a trip to London, Irina recorded some vocals for him and the first Kaya Project track ‘Labess’ was created. On 2004 the debut album 'Walking Through' was released on Interchill Records.

Seb has been more than busy, over the years with countless collaborative artists, releasing music with projects like Angel Tears (with Lior Miller and Momi Ochion), Foxglove (with Natasha Chamberlain-Taylor), Deedratalis (with Frédéric Holyszewski aka Deedrah), Radiate (with Nick Edell), Freshwater (with R. Harris, Andy Haring and Hughes), Reality Checkpoint (with Smyley Jay) and Eight:Ball (with Natasha Chamberlain).