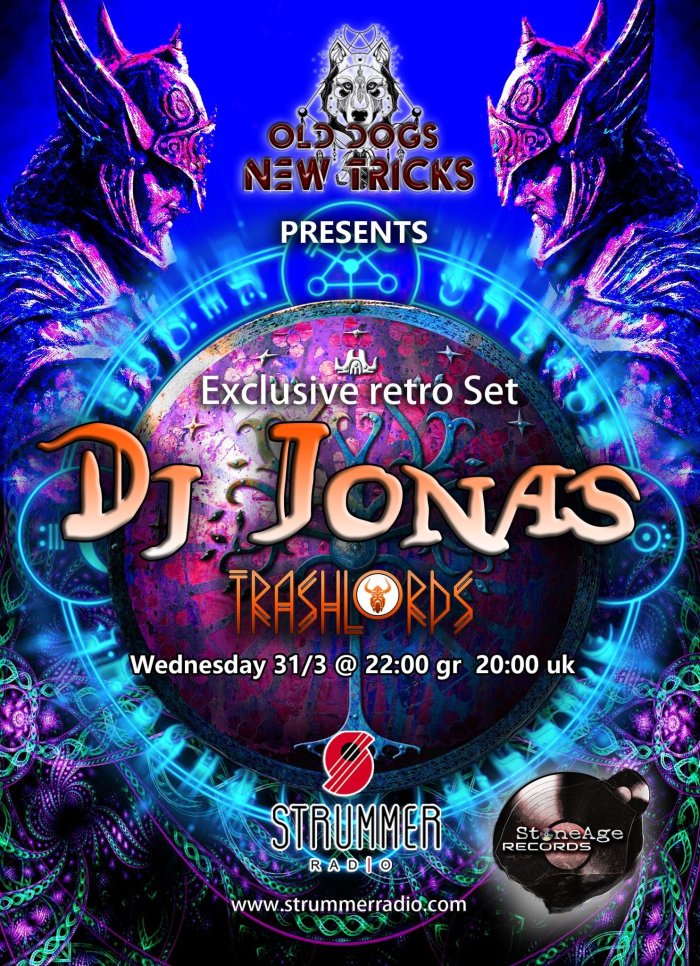 JONAS CARLESTAM aka DJ JONAS from Örebro, Sweden, founder of StoneAge Records, has been DJing in the infamous forests of Sweden and in the sunny beaches of Goa and Koh Phangan since 1990.

On 1998 he formed the project TRASHLORDS (with Andreas Carlstrom as a member of the project), focusing on psychedelic vibrations for the nighttime. The project released various tracks on compilations by labels such as Parvati Records and StoneAge Records. Jonas and Andreas has been collaborating a whole lot with other artists, and among those are Irie, Battle of the Future Buddhas and Ka-Sol. In late 2003 they released a split CD together with Psychotic Micro and right after TRASHLORDS became a solo project of Jonas Carlestam, releasing tracks in many compilations and delivering music both via digital media and green sound-systems in the forest ever since. On 2007 TRASHLORDS released the album “Made In Goa” and recently the Eps “Sting Like A Bee” (2020) and “The Owl” (2021).

On 2000 he started the project STEPTIME (with Leo Bergman). They created their own sort of brand with a sound strongly influenced by Goa Trance leads from the early '90s. Wherever you are looking, you are facing melodical mental experiments served on a hard bottom. STEPTIME released tracks on four compilations and one full-length album titled “Steptime” (on February 2003). This project is currently on ice.

On 2001 JONAS started the label StoneAge Records in Örebro, Sweden, releasing the legendary Örebro Freakfactory series. Until this day StoneAge Records is focused on wicked releases of creative psytrance and released the first tracks of many well known artists on various compilations and albums.