Started playing at parties in 1998/9, mostly in Italy (Milan) where he started playing House, Dance, and Progressive Trance music. During the 2000-2009 years he started playing Goa Trance and Ambient more regularly and played at some parties in UK, Italy, Uruguay, and Belgium but his maximal activity was during the 2009-2019 period when he played at many events in Belgium, Israel, Portugal, Germany, Spain, Romania, Serbia, and Macedonia.
When the pandemic started he took some time off to concentrate and restarted playing only in 2022, with a gig in Israel, on the 4th of June (06-04). He has then been booked for a tour in India for early 2023 and has plans to return to full activity in said year.
The XXIII Xmas Mix was made to celebrate the 23rd year of activity as a DJ and also to celebrate the new era that is coming for the musical scene. For this occasion, he decided to share a mix made of rare and unusual unreleased tracks, music that he normally only plays live and that is deep and psychedelic.
https://www.facebook.com/DAT.Universe
HOLEG
Over his three decades of musical exploration, taking him from the beginnings of the techno movement to composing music for films, Holeg Spies is best known for his immersive music concepts as well as for his film music duo Savage &
Spies, which created the soundtracks for the cult classic The Human Centipede, The Outsider with Oscar-winning actor James Caan, Blacksite by the producers of Sicario & John Wick and Abruptio starring Oscar-winner Jordan Peele.
Holeg's shape-shifting discography includes releases on Universal, Sony, Polygram, Lakeshore records and numerous indie labels such as Vitalic's Citizen Rec, 3 time Grammy nominee Paul Oakenfold's Perfecto Rec and Grammy-winner, Killing Joke co-founder, Paul McCartney & Pink Floyd's producer Martin 'Youth' Glover's Liquid Sound Design Rec.
Music is not a Genre has been Holeg's mojo since 1993. His various projects introduced the intermixing of musical genres that he is still pursuing today. These unshackled works escape all classification, getting lost in the confines of electronic, industrial rock, symphonic and psychedelic music. Spies will morph through different versions throughout the 2000s and even move into avant-garde audiovisual creations, exhibited not just in the Paris Pompidou Centre, but also in Tokyo, New York and Geneva. This would be Holeg’s first brush with the world of film that would become so important to him.
Holeg is one of the trail-blazing electronic music producer in France. He was part of the very first generation that was won over by techno music in the early 90s at the time he was studying law in Paris La Sorbonne. By 1994, having become one of the DJs hosting the fast-multiplying raves of the time, Holeg joined the French DJ booking pioneer Outsoon alongside major artists such as Jeff Mills and Laurent Garnier, and flew to India to headline the first official techno tour over there.
In Japan in 2001, where he was regularly invited to perform thanks to the British group Juno Reactor (which contributed to the soundtrack of the Matrix film series), Holeg crossed paths with his first filmmaker, the notorious Takashi Miike, for whom he made an audiovisual remix of one of his most famous films, Ichi The Killer. Then one thing led to another. First composing music for the trailer for the remake of The Hitcher, produced by Michael Bay, then the encounter in 2007 with Australian violinist Patrick Savage, first chair of the Royal Philharmonic Orchestra of London, with whom he created Savage & Spies, a tandem as complementary as it is creative.
The mix has been recorded live in Osaka for the New Year Eve 2003/04. This party was with Midimiliz, Frank from KoxBox etc
https://www.facebook.com/holegspiesofficial 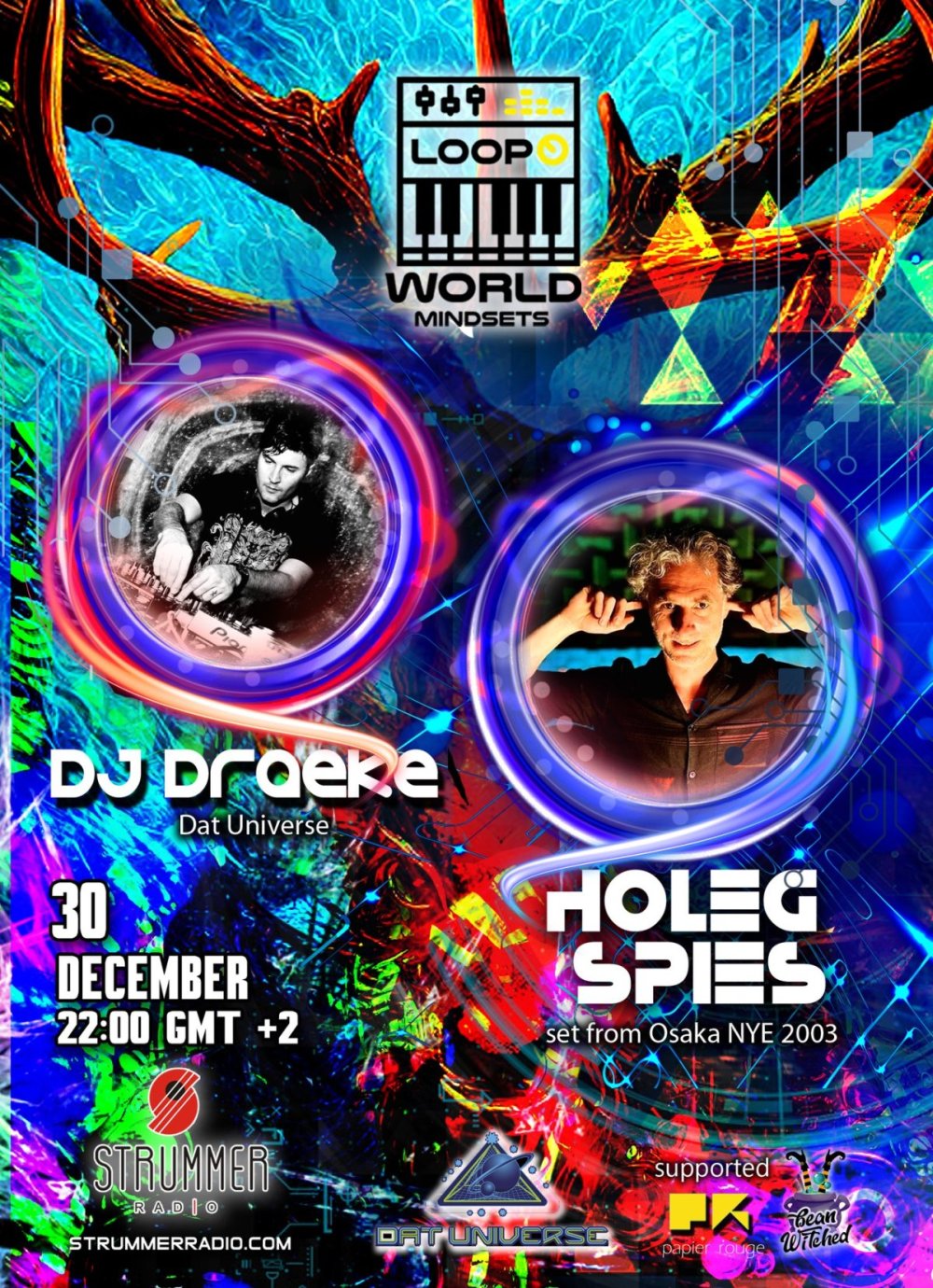