Based in Tokyo, he attended 90s Goa Trance parties with Tsuyoshi & Transwave and inspired by them he started producing psychedelic trance as ZETA in 1996, releasing his first CD/Vinyl EP "Flying Kuro” in 1996 (label: Megaforce Corporation) followed by 1 album and 2 more EPs (labels: Time To Galaxy, Megaforce Corporation and New School). ZETA project was active until around 2000.

He produced also music for soundtracks of Japanese movies and anime.

Since 2018, he has released a demo sound source and unreleased tracks of the 90's on his own label ZPPTRAX.

He was born in 1980 in Athens/Greece. Son of a musician he found his passion in his early years building his own home studio.

In 2012 after years of experimenting he released his first EP with Remain Records, which will be followed by many other releases on labels such as Rhythm Inverted, NPR Limitless, Akoom Records, Naughty Pills Records, Sisma Records, Resorted Recordings, Black Square Recordings and others.

His debut WEIRDELIC album was released earlier this year by Random Records included 12 of his (previously unreleased) tracks, which have been created between 1998 and 2008 at Weirdelic Studios, except "All Together" which was performed and recorded live during an event in Corfu island during the summer 2003. All GUAGIBO tracks remain unreleased. 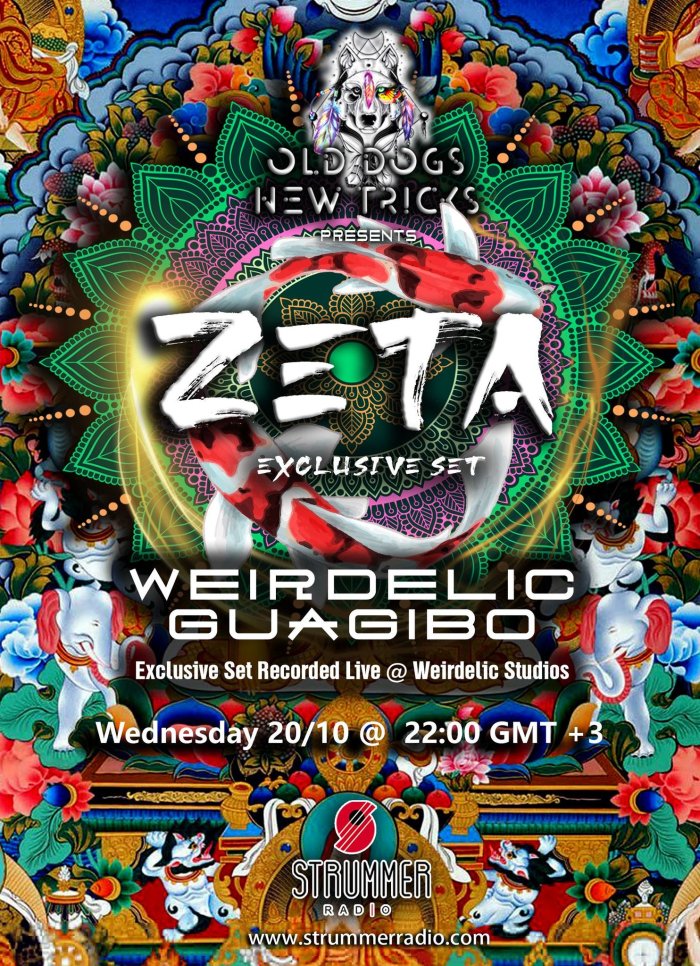